What to see in Mizhgirya

Earlier Mizhgirya was a part of Mizhgirya district. Now this mountainous region has become part of the enlarged Khust region. Until 1953 this settlement was called Volovo.

You can talk endlessly about what interesting things a tourist will see in Mizhgirya.

The beauty of the Carpathian mountains

The most accurate characteristic of the area will be the opinion about its unity with nature, the abundance of healing mineral waters and the purest air, combined with numerous attractions.

At all times, people have chosen the Ukrainian Carpathians for a perfect vacation. Such a demand for the region is due to the fact that there is a unique climate here, which has a healing and tonic effect on the human body.

Types of recreation in Mizhgirya

Too big a question about where to go in Mizhgirya does not arise. It leaves a strong impression at any time of the year and offers an abundance of various outings, gastronomic tours, trips, hikes, walks, sports, excursions and other activities.

Someone prefers to explore the historical sights. Others love extreme types of recreation. And active tourism in Mizhgirya is no less well developed than therapeutic or educational.

Winter sports are well represented in the ski resort, especially for skiers and snowboarders. And in the summer it is offered to choose cycling and 4×4 jeeping.

Those who seek to improve their health are advised to visit the large number of mineral springs and sanatoriums existing here at any time of the year.

In late autumn, the Carpathian mountains are no less beautiful, but it is better to refuse climbing during the rainy season.

Interesting places and sights in Mizhhirya

The region is one of the most developed in the whole of Transcarpathia. There are excellent ski slopes equipped here, interesting hiking trails have been developed, excellent hotels, sanatoriums and tourist centers operate.

Guide to the area

Every person in the summer must visit the largest mountain lake in Ukraine with the delightful name Synevyr. It is located on the Tereblya River, at an altitude of about 1 km. The surface area of ​​the water surface is almost 7 hectares.
The most remarkable natural formation of the Carpathians arose over 10,000 years ago due to the fact that over time, numerous landslides completely blocked the river valley. The resulting hollow has gradually been filled with liquid from 3 mountain streams over the centuries. Various species of trout live in its purest water.
It is best to explore Synevyr in the summer from the top of Ozernaya Mountain (about 1500 m). From here, the lake appears to be like a blue eye.

Natural education is the most valuable natural pearl of the national park and has become one of the visiting cards of the Ukrainian Carpathians. The depth of the bottom in Synevyr reaches 10 m, and at the deepest points it reaches 22 m.
Tours to Mizhgirya necessarily imply a visit to the magnificent National Park of the same name, the total area of ​​which exceeds 40,000 hectares. Any guide to the area indicates that there are several hundred species of wild animals and plants registered in the Red Book of Ukraine.

A visit to the Shypot waterfall, unique in its beauty, will be no less memorable. It originates from a deep underground source located in the Borzhava valley.

The cascades descend from a height of almost 15 m.The most noticeable point is the Stoy peak, located at almost 1700 m.

There is a legend that those who have at least once heard the Whisper, or in Ukrainian – Shypot, will never forget it.

In autumn, the waterfall looks especially luxurious, as it becomes especially full-flowing.

The stunning spectacle of such a natural phenomenon will give any tourist a lot of vivid impressions that allow you to rest, relax and admire the beauty of the Mizhhirya landscape

The tourist complex is located in a luxurious mountain valley at an altitude of almost 800 m. It is famous for extremely well-maintained slopes, representing more than 20 km of well-equipped modern ski routes of varying degrees of difficulty. All of them comply with the most stringent international safety requirements, which makes it possible to hold significant competitions here in winter.

Modern hotels with developed infrastructure will welcome travelers at any time of the year for the entire period of their stay. After all, in the spring, Pylypets is also in demand. Green meadows, clear air of the highlands and coniferous thickets attract many lovers of hiking and green tourism here.

Very interesting is the tall wooden Cathedral of the Holy Spirit, rare in its sophistication, built in 1795. It was erected on the site of an even more ancient temple of the 17th century. Visitors’ attention is always attracted by its amazing tower, created according to the canons of the Baroque.

The church is in excellent condition, as, ironically, there was a museum of atheism here after the war. The authorities took care of it and carried out a large-scale restoration in the late 60s. But now the cathedral is closed to everyone and visitors are invited to examine it in detail during the tour.

The magnificent Church of the Annunciation of the Most Holy Theotokos, created in the middle of the 18th century, will not leave anyone indifferent. About 100 years later, a major reconstruction was carried out here, as indicated by a special tablet hanging on the south wall.

When inspecting the religious building, a spectacular two-tiered bell tower and a luxurious iconostasis are striking.

Visitors are allowed here only on weekends and during church holidays.

Even in winter, you should definitely visit the wooden Cathedral of St. Nicholas the Wonderworker in Izky. It was built in 1798, although according to ancient chronicles, it was built much earlier. Art critics attribute it to the period of the Verkhovinsky Baroque. Here you are invited to see a magnificent wood chandelier and a carved iconostasis. Visitors also always strive to see the rarest icon of the Mother of God “Transcarpathian Madonna”.

Tour of the monasteries of Zakarpattya

With children, you should definitely visit the brown bear rehabilitation center in the Synevyr National Natural Park. It is the only one in Ukraine and one of the largest in Europe. The reserve covers an area of ​​12 hectares and is located 4 km from the lake of the same name.

It has been working since the end of 2011. Now it houses 31 animals. The climate, landscape and nature of the Carpathians are favorable for their existence and are excellent for full rehabilitation. Here, wild animals awaken their innate instincts and develop the ability to live in their familiar habitat. Reviews of the excursion to the park are always very enthusiastic.

The largest of the individuals presented here is the male Dyuri, whose body weight reaches almost 400 kg. Previously, he entertained tourists in a tiny house in Rakhiv. The bear was picked up hungry and eating nothing but waste. But now he receives 20 kg of food and 10 liters of the purest water every day.

The servants of the center set themselves the goal of returning animals to the wild. Therefore, they constantly develop their skills for an active search for food. With a similar purpose, they scatter products suitable for animals throughout the territory, having previously securely covered them and forcing them to find them on their own.

The entire territory of the Synevyr reserve is reliably protected by a strong iron mesh and effective electrical protection. Therefore, tourists at any time of the year can absolutely calmly examine the bears, not at all fearing for their safety. If a tourist arrives in Mizhgirya, what to see first?

First of all, you need to visit the Kolochava village-museum, where 10 unique objects of cultural heritage are located in various thematic areas, which include:

In addition, there is a uniquely beautiful saffron valley, “Schwegan Park” with a large collection of various exotic birds, “School of sheep breeding”, 20 interesting sculptures and other sights that deserve the closest attention.

The Kolochavsky skansen has a dozen residential and business buildings with household items and samples of artistic crafts that belonged to the local inhabitants of the 19th and 20th centuries.

In summer, winter, spring and autumn, you can see various ancient monuments here:

If someone decided to visit Mizhgirya, interesting places are presented here. In the open-air museum, the diverse cultural customs of the Boykos, Hungarians, Hutsuls, Jews, Lemkos, Germans, Romanians, Slovaks and Czechs merged together.

The ethnographic center of the famous Czech writer I. Olbracht is very interesting, where he collected national material for his famous works. The expositions also include monuments of creativity, household items, as well as exhibits dedicated to rare customs and fascinating rituals of local residents. 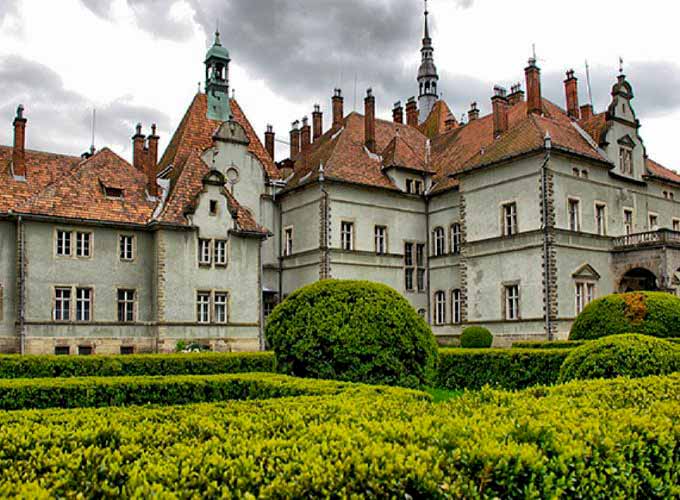 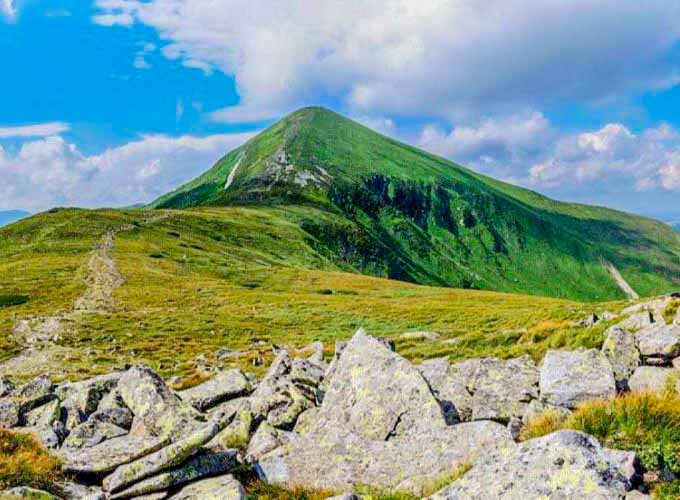 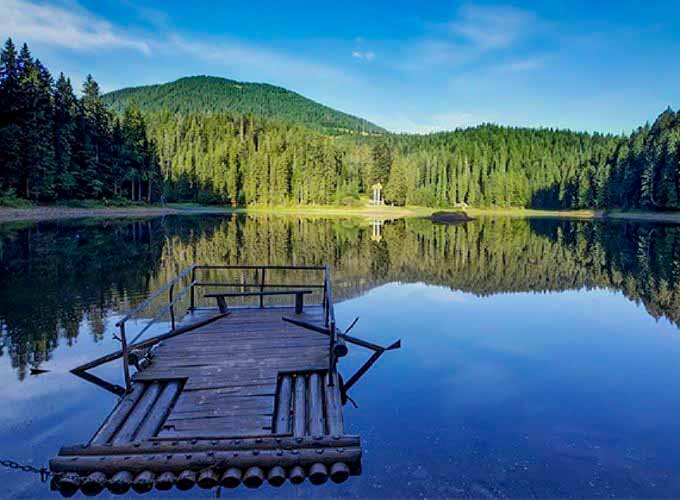 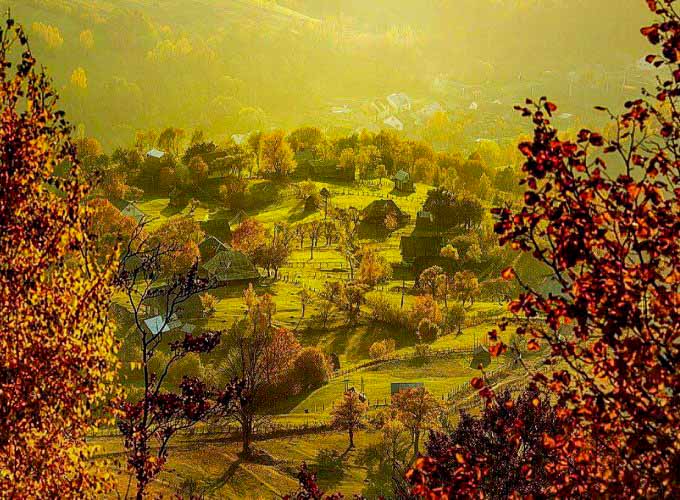 What is the best way to build a tourist route?

Mizhhirya (Transcarpathian region) is a tourist center where most of the most entertaining hiking trails converge.

There are 53 healing springs of mineral carbonic-chloride-calcium waters here. History buffs are encouraged to familiarize themselves in detail with the famous Hungarian Arpad Line built during World War II and other important locations.

All the sights of Mizhhirya on the map are presented from:

In order to find out what the numerous excursions offer, you should familiarize yourself by following the link.

The luxury of Transcarpathian cuisine 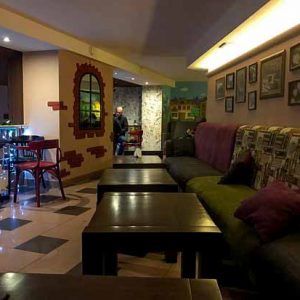 An important component of travel to Transcarpathia is gastro-tourism. For those who visit Mizhgirya, the sights and their inspection take up a lot of time and cause an increased feeling of hunger.

In order to exchange impressions of visiting the region, to talk and just calmly relax, you should visit the museum-bar of Transcarpathian wines. Fans of Eastern European and Ukrainian cuisine prefer to dine at Synevyr Pass Restaurant. An inexpensive and tasty menu is offered to everyone by the Orion restaurant.

It is recommended to have a bite to eat between excursions at the Fritsch cafe, where excellent local dishes are prepared.

Where to stay in Mizhgirya?

In Mizhgirya there are recreation centers, motels, hotels, sanatoriums and estates for every taste and budget. In other words, everything is provided here that the soul of even the most picky traveler is capable of wanting. He just needs to follow the specified link.

No one will have any doubts about what is worth seeing in Mizhhirya in warm or cold weather. You can visit such a luxurious area in any season. But the most memorable are the Carpathian Mountains from June to September.

You definitely need to come here at least once in your life in order to gain strength for the whole difficult year, with pleasure to see the most memorable local sights, get to know more about the variety of picturesque nature and take wonderful photos as a souvenir.