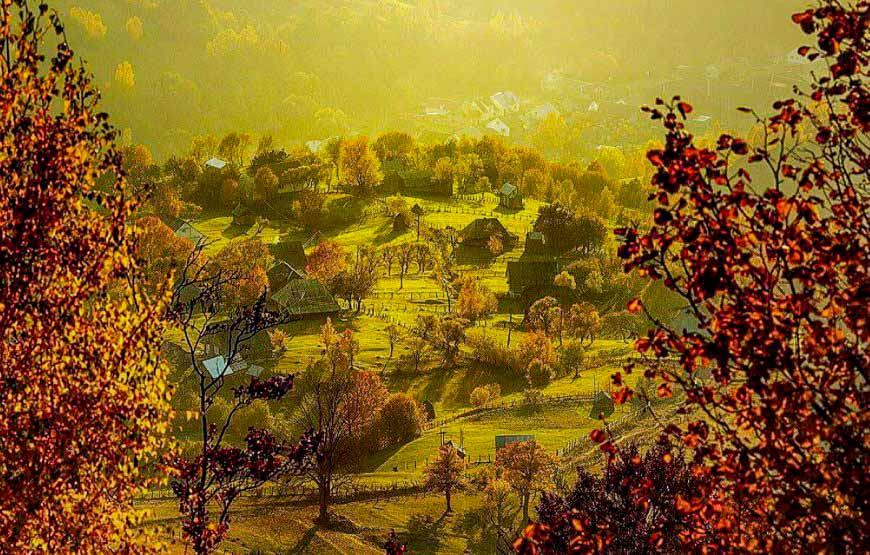 An unforgettable excursion to Kolochava with a visit to a unique natural wonder-geyser will forever be remembered by those who prefer green tourism as the most interesting trip in their lives! Those who go there will be able to see the beautiful landscapes of the highlands, unfolding before their eyes on the way to the bright in its national identity Transcarpathian village Kolochava. Here, tourists will see a rare religious building, and then visit a theatrical festival. In the peasant economy they will be offered to drink water from a mineral spring and buy mountain honey. And the chosen ones of fate will even be lucky to see the eruption of the geyser!

Excursion to Kolochava and to the geyser, program:

– 08:00 – Departure from Uzhgorod.
– 08:45 – Departure from Mukachevo.
– Overview of stunningly magnificent species that replace each other on the serpentine of the Volovets Pass.
– Transfer to the Synevyr Pass, which is the hallmark of Transcarpathia and has become a benchmark of panoramic landscapes for painters.
– Transfer to the museum-village of Kolochava, a tour of its historic center and a photo shoot with the most interesting local attractions.
– Stunning visit to the most complete museum of architecture and life of Transcarpathia.
– A tour of the unique Ukrainian Museum of History “Kolochava Narrow Gauge Railway”, which includes a tour of the oldest operating locomotive and several cars, which are the repositories of the museum.
– Viewing the play “Life in Kolochava 150 years ago”.
– Lunch break in the hut.
– Visit the temple, built without the use of nails.
– Walks on the only in our country alpine bird park, which is home to 2,000 parrots, and a yard with sport pigeons.
– Transfer to the mountain village.
– The way to the geyser, located on the banks of a mountain river, acquaintance with the longest bridge in the area, 93 m long, a tour of the bee monument, a sample of healing mineral water and local honey.
– Departure to Uzhgorod at about 22.00

The tour is held on Saturdays.

It is possible to assign it to any date and time, subject to a collection of 15 people. The price of the tour depends on the number of those who signed up.

Mukachevo - not too big, European city in the style of Krakow or Prague, built in 896 on the river Latorytsia. His patron is St. Martin. Therefore, the national color of the Transcarpathian region is emphasized by Western influences. Here are special historical monuments and amazing architectural structures. The city impresses with its extraordinary planning, stunning cuisine, cozy restaurants and bright streets. In summer, Mukachevo also attracts fans of rafting and rafting on catamarans on the Tisza and Latorica.

An incredible and fabulous village in Transcarpathia, with a population of about 7,000. Its a small country, located in the Mezhyhirya district, in the picturesque valley of the river Kolochava, a tributary of the Terebla. For you and me, Kolochava is a highland village in the Carpathians, like thousands of others. But for the Czechs it is a kind of fairy-tale land. This is how Ivan Olbracht described him in his novel Mykola Shugai, a Robber. He described this place so realistically that every adult Czech has the honor to get to Kolochava. Before the eyes of foreign travelers appear the same houses covered with tiles, streets immersed in lush greenery, a whole cemetery of gendarmes who died during the confrontation with Nikolai Shugai. So don't be surprised when local kids first confuse you with frequent foreign guests and ask for candy.

Vuchkove is a village located in the Mizhhirya district of the Zakarpattia region, on the Khust-Dolyna highway. The center of the village council is located in the valley of the river Rika, 15 km from the district center of Mizhgirya and 42 km from the railway station Khust on the line Batyovo - Solotvino.
The population is about 600 people. The village of Pidchumal is subordinated to the Village Council.

After the trip it is best to inhale the aroma of linden and sakura, relax on the Uzhgorod embankment, walk towards the forest of Uzhhorod National University. Ungvar, who celebrated his millennium, gives everyone a sense of uniqueness. Therefore, after visiting the city, the traveler gives him his whole soul forever. And the memories of a unique tour will remain in your memory for a lifetime. 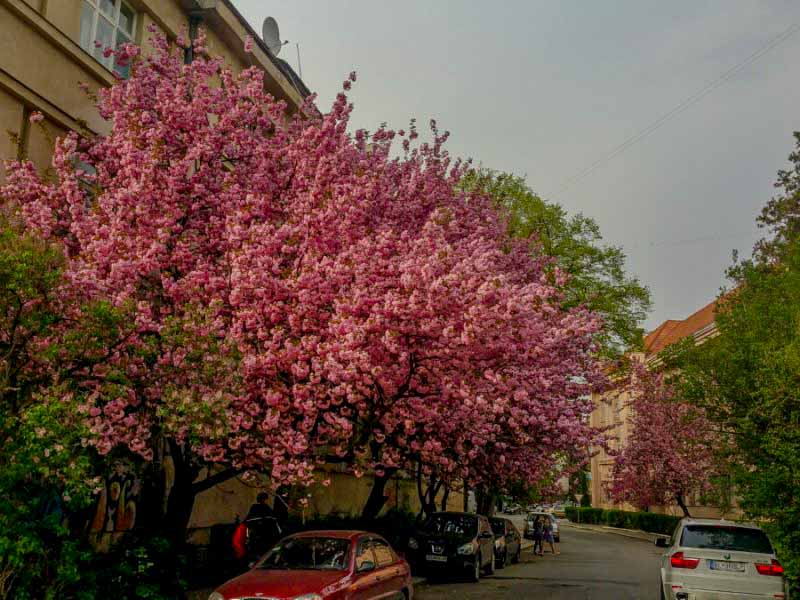 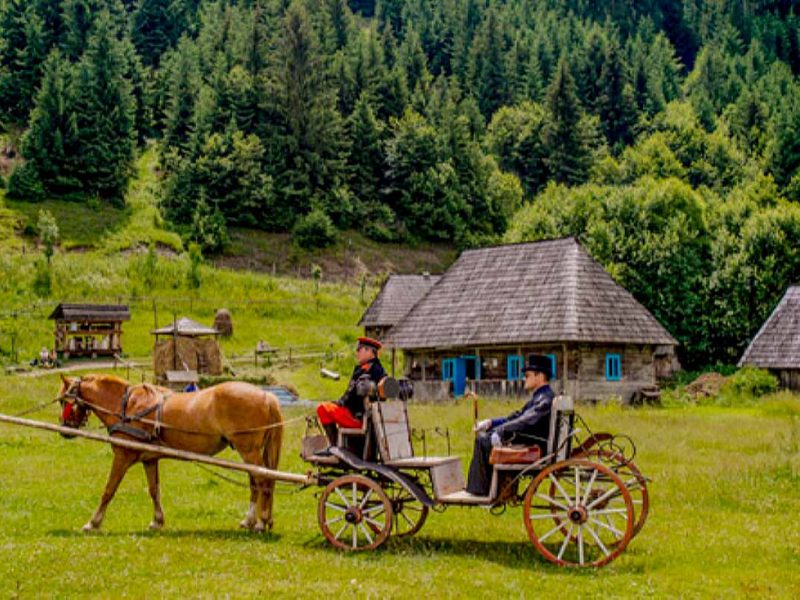 An interesting tour on Independence Day in the Carpathians 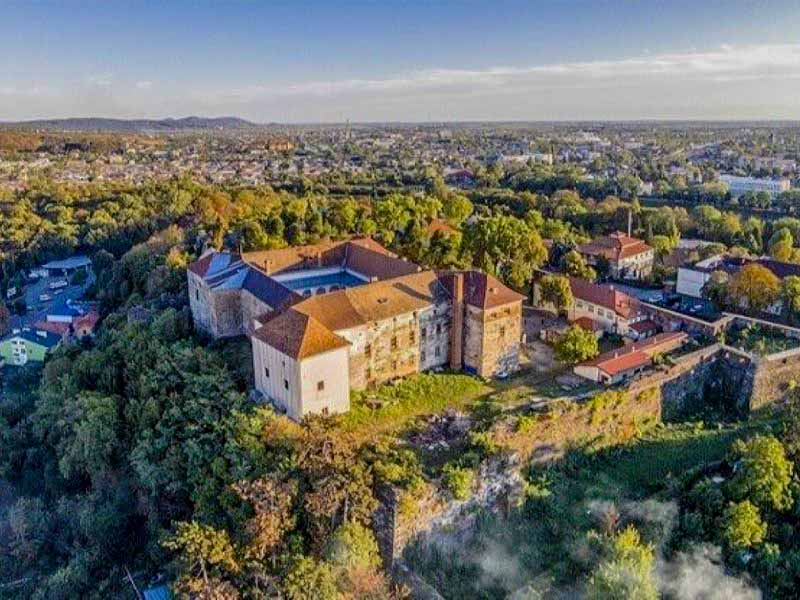 Excursion with a photographer in Uzhgorod

On request
from 95 ₴ 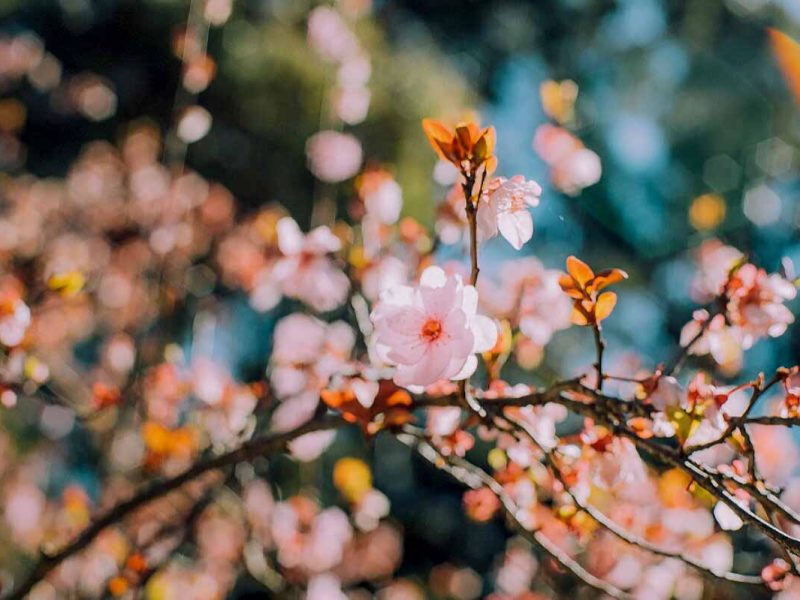