Another bridge through the winding Ripense after village Repinnoe Intermountain region – and we enter the village of soyma, where two roads converge in the intermountain, and Ripinka merges with its older sister River. It is from the “conjunction” (confluence) of two rivers that the name of the village comes. 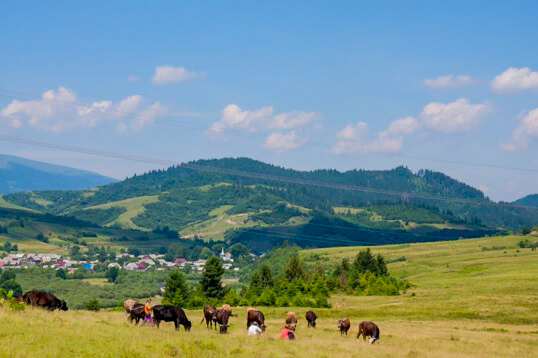 The first mention of the village in historical sources reaches
back in 1410. In Soimy is home to more than 1,000 people.

This attraction is on the map

The village is a famous balneological resort of national significance. Treat people with local mineral water began at the end of the XVIII century. Soyma resort reached its peak in 1910-1914. It was destroyed during the First World war. In the interwar period, it began to be revived. Since 1950, a sanatorium “Verkhovyna” for 500 people has been opened in the village of Soymy.

In the village there is an Amateur Museum “Rural house”, as well as a wooden temple of the beginning of 1934, unfortunately covered with tin roofing. The Church is dedicated to St. To Basil The Great. The Church is located on the ledge of a high mountain at the confluence of the river Ripinka. Another wooden Church, which was built in Soyma in 1924, was burned in 1960 on the instructions of the Soviet authorities, and the tin roof covering was moved to the Church of St. Nicholas. Basil The Great. The fate of two more wooden churches, which were built in 1698 and in 1898, is also sad. They were burned in fires in 1885 and in 1920. The last fire was caused by an oversight of the priest.

As mineral water nearby Kelechyn, soimynske mineral water is unique. In one liter of water soimynske as much calcium as two glasses of milk. It helps people with diseases of the gastrointestinal tract, gall bladder and pancreas, metabolism and blood circulation, and patients with diabetes. You can not only drink water, but also take a bath with it.

In recent years, there has been a real tourist boom in Soyma. Most tourists are attracted by the unique mineral waters of this village. 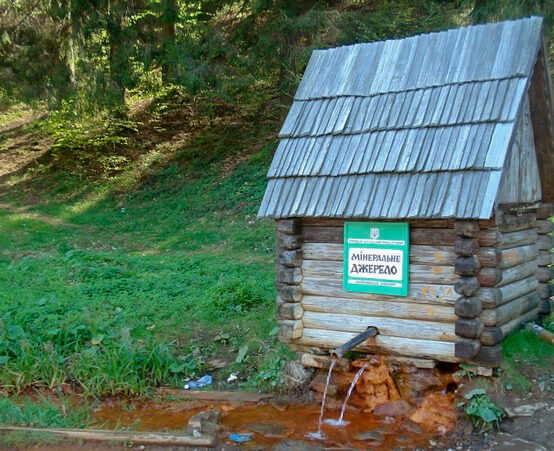 The village of Velyki Lazy and family Platini

Gothic Church in the village of Danilovo

Klondike in the village of Muzhievo