Home About the Carpathians Imre Tekeli
0
(0)

Imre Tekeli (1657-1705) is a heroic figure Hungarian people’s. After the failure of the plot under the rose or the plot Uselen it was Imre Tekeli who continued the struggle of the Hungarian people for independence from The Habsburg domination. The young count managed to unite unorganized rebel groups and organize a large-scale uprising that lasted from 1677 to 1685. Under his leadership, the rebels drove the Austrians out of the Central and North-Eastern part Hungarian Kingdom (Partium’s). At that time, the Transcarpathian lands were also under his rule.

In 1682 he married a widow Ferenc I Rakoczy Ilona Zrini.At that time, he was 25 years old, and she was already 39. When the Grand Turkish vizier Kara Mustafa, at the head of a 230,000-strong army, attempted to capture Vienna in 1683, Tekeli joined his forces. However, this campaign ended unsuccessfully. After the defeat of thököly was forced to leave Partium and move to Transylvania. Mukachevsky castle soon besieged by the Austrian army, where for three years the defense was led by his wife Ilona Zrini. 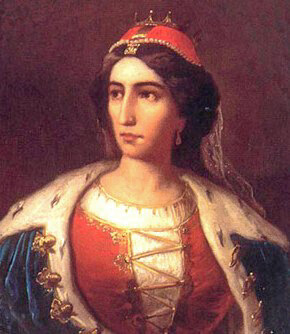 In 1685 for refusing to sign peace with the Austrians Imre Tekeli he was imprisoned by the Turks and sent to Istanbul.

In 1686, Imre Tekeli was released and sent with 9,000 soldiers to Hungary to fight the Austrian forces. In 1690, the Sultan gave him the title of Prince of Transylvania (he held it until 1691). However, after the defeat of the Turks in the war with the Austrians and the signing of the peace of Karlovci in 1699, Imre Tekeli was forced to leave his homeland forever and move to the Ottoman Empire. He was given the title of Prince, given an estate in Izmiti by the Sultan, and brought his wife released from Austrian captivity Ilona Zrini. It was in Izmit that Imre Tekeli spent the rest of his life with his beloved wife Ilona Zrini.

Serednyansky castle of the knights Templar

The legend of the origin of the name of the Committee...

Hiking in the Carpathians